I am facing issues when using "/webjars/datatables-buttons/css/buttons.semanticui.css" in my index.html. The UTF char for colvis button content is returning the weird text instead.

This is my index.html header 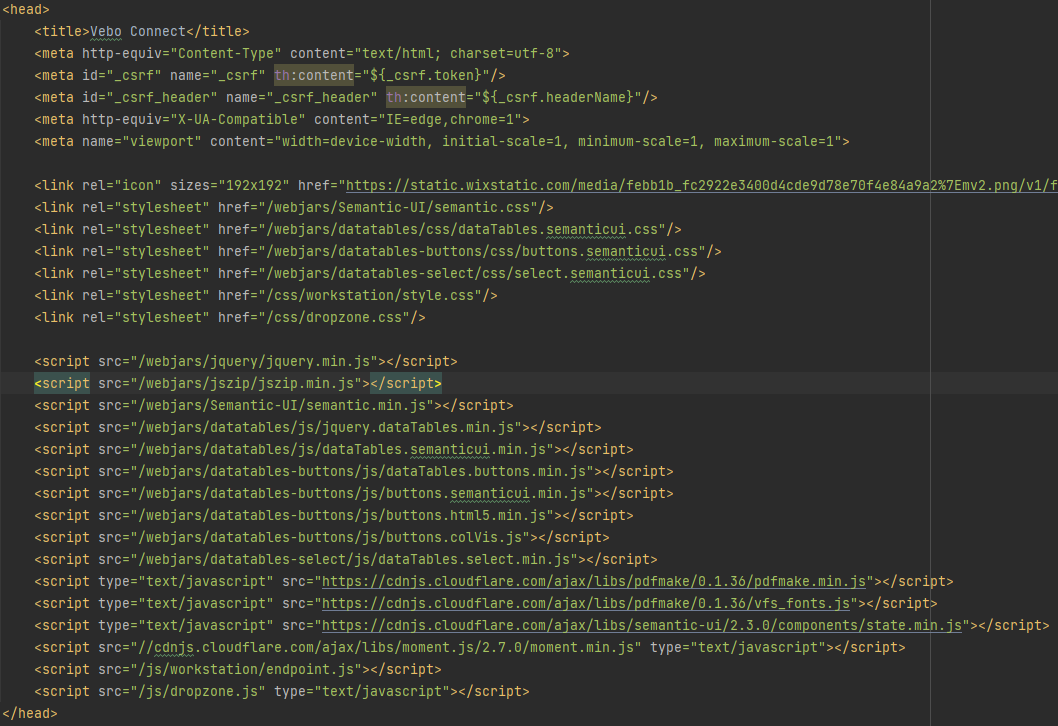 If I were to use from cdn https://cdn.datatables.net/buttons/2.2.2/css/buttons.semanticui.css there is no issues.
As matter of fact if I used the min.css files the order arrows also face the same issue.

One thing I did noticed if I tried accessing http://localhost:8080/webjars/datatables-buttons/css/buttons.semanticui.css from postman, the character is returned properly.

For now I will revert to using the cdn version, but would be great if someone could help me understand why this is happening.